The Irish defending champions David Gorman and Chris Doorly have withdrawn from the weekend championship that is to be held at Whitehead in County Antrim. 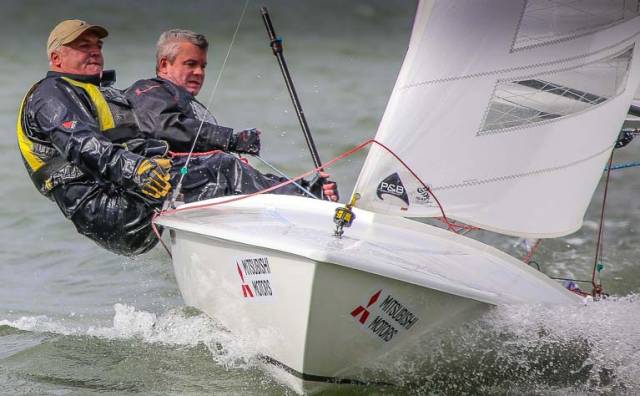 This is a big blow to all the Irish fans who were looking forward to a repeat performance from the Flying Fifteen Champions. They have withdrawn from the event after they suffered from a dismasting on the Dublin Bay.

The Flying Fifteen Championships will be hosted by the County Antrim Sailing Club. The sponsorship for the event is offered by P&O Ferries and the Wrights Spar shop. The weather is also building up and it promises to be an exciting and entertaining weekend for the sailors and the race lovers.

There are expectations that good numbers will be turning at the Antrim Sailing Club for the race. There has been good participation at the club levels in Strangford Lough and Dublin. The Whitehead is an attractive and picturesque location and the organizers are hoping for a good fleet to take part in the Whitehead Championships.

There is no doubt that one can expect a tight and close race and no one can predict the winner of this event, especially when they are competing with the one design boats. As the title holders, Doorly and Gorman are not in the race, this is an opportunity for others to step forward and show their class during the event. The inform sailors of the regional events have a good chance of making it big this weekend.

There were different winners for each event at the regional levels. The sailors that are in great form are Andy & Rory Martin, Brian McKee & Ian Smith, and Willis & McPeak. There is also news that a top helmsman from the UK would be in the team with Alan Green. The excitement is in the air and everyone is looking forward to the Whitehead Championships.